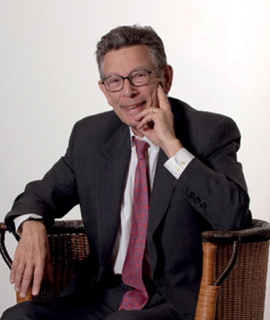 Professor Sartorius obtained his M.D. in Zagreb (Croatia). He specialized in neurology and psychiatry and subsequently obtained a Masters Degree and a Doctorate in psychology (Ph.D.). He carried out clinical work and research and taught at graduate and postgraduate levels at the University of Zagreb, at the Institute of Psychiatry in London, at the University of Geneva and elsewhere.

He joined the World Health Organization (WHO) in 1967 and soon assumed charge of the programme of epidemiology and in social psychiatry. He was the principal investigator of several major international studies on schizophrenia, on depression and on health service delivery. He was responsible for WHO’s work on the classification of mental and neurological disorders. The growth of the programme under his leadership lead to the elevation of the programme from a Unit to the Division of Mental Health of which he was the first director. He held this position until 1993 when he was elected President of the World Psychiatric Association (WPA). He served as the President of WPA until August 1999. Subsequently he became President of the Association of European Psychiatrists (EAP) a position held until December 2001.

He is the President of the Association for the Improvement of Mental Health Programmes and a member of the Geneva Prize Foundation having previously been its President. Professor Sartorius holds professorial appointments at the Universities of London, Prague and Zagreb and at several other universities in the USA and China.